“Productivity and pay rose in tandem for decades after World War II, until labor and wage protections began to be eroded. Public education has been given short shrift, unions have been weakened, tax overhauls have benefited the rich and basic labor standards have not been updated.”

No, Robots Aren’t Killing the American Dream
https://www.nytimes.com/2017/02/20/opinion/no-robots-arent-killing-the-american-dream.html
via Instapaper 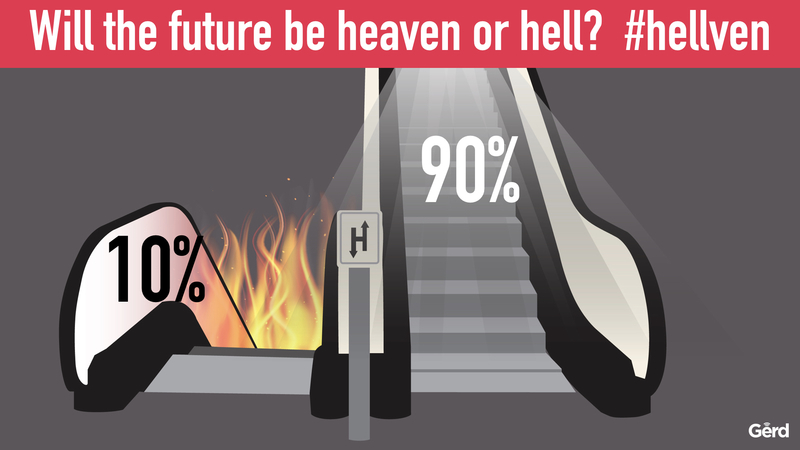 “Alienation and Loss of Humanity

Following the “if you can’t beat them, join them” maxim, one way of potentially surviving the singularity is by merging with the machines. This idea – that we can and should improve on what we have been handed down by mother nature, is often referred to as transhumanism”

Top 10 Reasons We Should Fear The Singularity
https://www.singularityweblog.com/top-10-reasons-we-fear-the-singularity/
via Instapaper 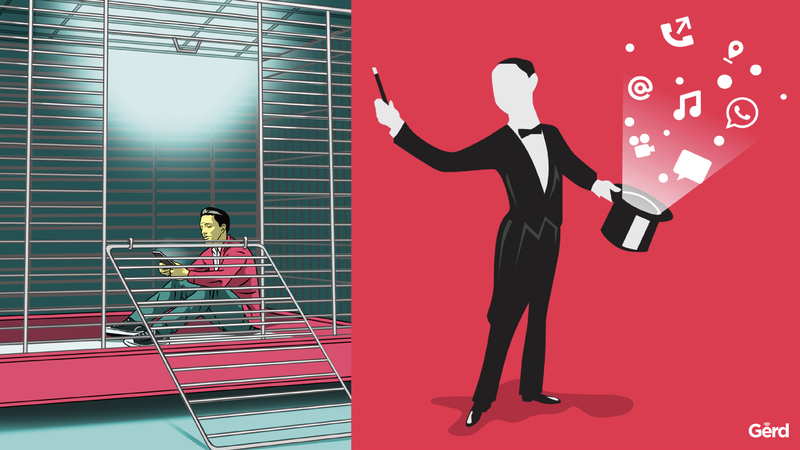 “In recent campaigns – from India across Europe to the United States – we’ve seen the candidate with the largest and most engaged following on Facebook usually wins,” Zuckerberg writes. Is that a good thing? is a question he doesn’t ask, though Marine Le Pen with her 1.2 million Facebook followers may have an answer. And, here he is, cheerfully envisioning a world in which Facebook is the intermediary between people and their governments. “We can help establish direct dialogue and accountability between people and our elected leaders.””

Mark Zuckerberg says change the world, yet he sets the rules | Carole Cadwalladr
http://www.theguardian.com/commentisfree/2017/feb/19/mark-zuckerberg-says-change-world-he-sets-rules
via Instapaper
“Making sure AI systems benefit humans without unintended consequences is difficult. Human society is incapable of defining what it wants, says Prof Russell, so programming machines to maximise the happiness of the greatest number of people is problematic.

This is AI’s so-called “control problem”: the risk that smart machines will single-mindedly pursue arbitrary goals even when they are undesirable. “The machine has to allow for uncertainty about what it is the human really wants,” says Prof Russell.” 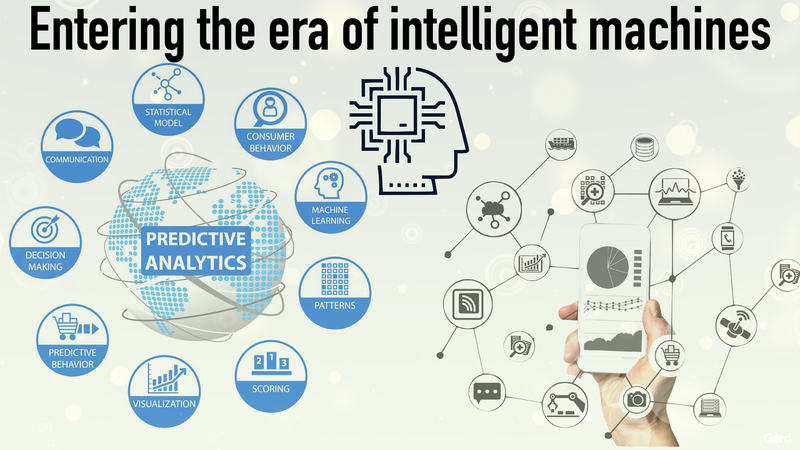 “has helped to chase people into ideological silos and feed them content that reinforces confirmation biases. Facebook actively created the silos by fine-tuning the algorithm that lies at its center -- the one that forms a user's news feed. The algorithm prioritizes what it shows a user based, in large measure, on how many times the user has recently interacted with the poster and on the number of "likes" and comments the post has garnered. In other words, it stresses the most emotionally engaging posts from the people to whom you are drawn -- during an election campaign, a recipe for a filter bubble and, what's more, for amplifying emotional rather than rational arguments.”

Facebook Plans to Rewire Your Life. Be Afraid.
https://www.bloomberg.com/view/articles/2017-02-17/mark-zuckerberg-s-manifesto-for-facebook-offers-a-social-dystopia
via Instapaper 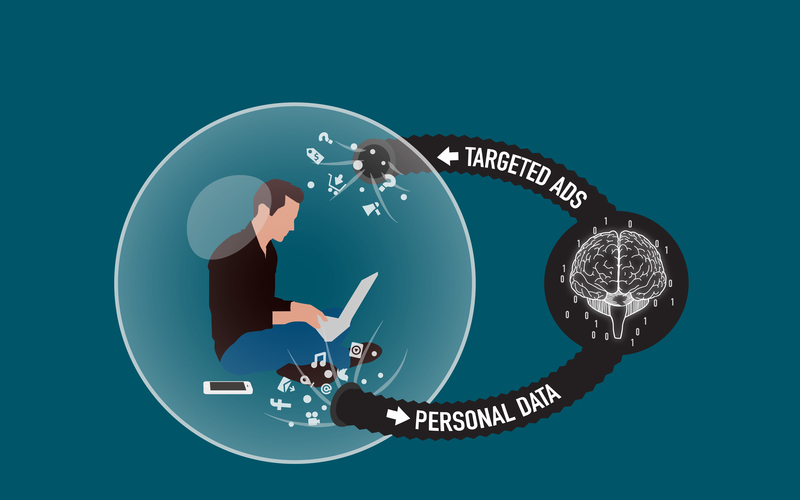 “The idea that digital machines no matter how hyper-connected, how powerful, will one day surpass human capacity is total baloney,” he told the Guardian.

Nicolelis argues that the brain – contrary to what Musk and Singularity proponents like Ray Kurzweil say – is not computable because human consciousness is the result of unpredictable, nonlinear interactions among billions of cells. “Our brains do not work in an algorithmic way and are not digital machines,” he said.”

Elon Musk says humans must become cyborgs to stay relevant. Is he right?
http://www.theguardian.com/technology/2017/feb/15/elon-musk-cyborgs-robots-artificial-intelligence-is-he-right
via Instapaper 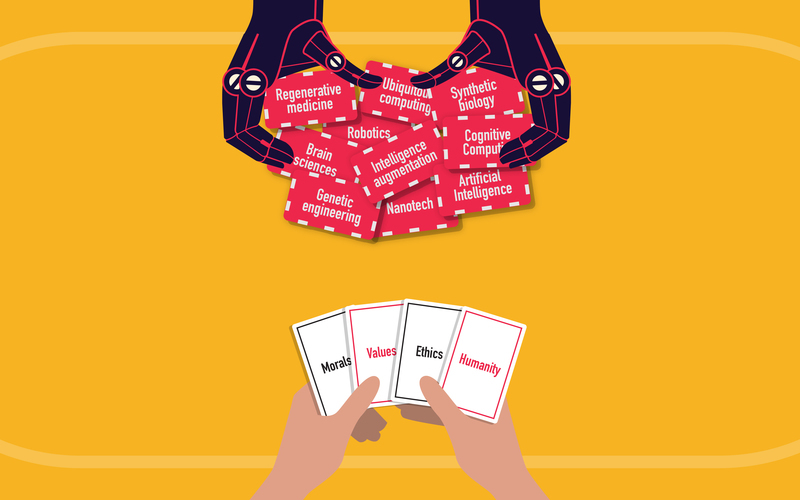 “It is “glaringly obvious,” says Daron Acemoglu, an economist at MIT, that political leaders are “totally unprepared” to deal with how automation is changing employment. Automation has been displacing workers from a variety of occupations, including ones in manufacturing. And now, he says, AI and the quickening deployment of robots in various industries, including auto manufacturing, metal products, pharmaceuticals, food service, and warehouses, could exacerbate the effects. “We haven’t even begun the debate,” he warns. “We’ve just been papering over the issues.””

Here’s how to use AI to make America great again
https://www.technologyreview.com/s/603465/the-relentless-pace-of-automation/
via Instapaper
“Fromm distinguished between two kinds of freedom: negative freedom, casting off the shackles of social, political, and cultural restrictions; and positive freedom, finding a truer expression of self and identity. When the former occurs without the latter, he wrote, “the newly won freedom appears as a curse; [mankind] is free from the sweet bondage of paradise, but he is not free to govern himself, to realize his individuality.””

How Silicon Valley Utopianism Brought You the Dystopian Trump Presidency
https://www.wired.com/2017/01/silicon-valley-utopianism-brought-dystopian-trump-presidency/
via Instapaper 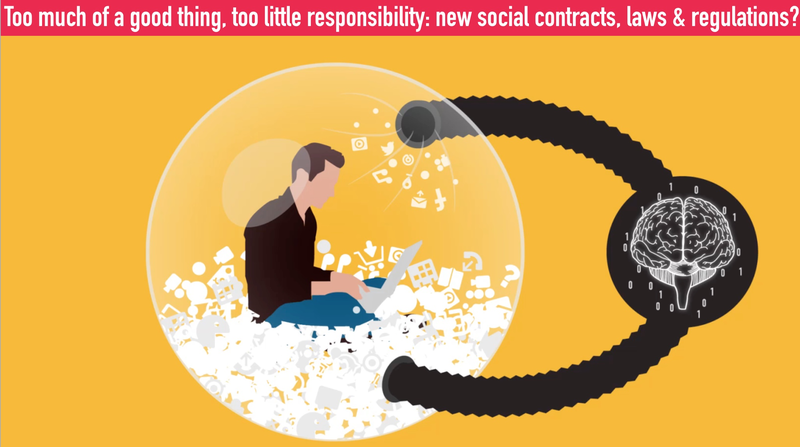 “There are things we were optimizing for that had unintended consequences,” says Justin Kan, a venture capitalist at Y Combinator and co-founder of Twitch. In designing to maximize engagement, social networks inadvertently created hives of bias-confirmation and tribalism.”

How Silicon Valley Utopianism Brought You the Dystopian Trump Presidency
https://www.wired.com/2017/01/silicon-valley-utopianism-brought-dystopian-trump-presidency/
via Instapaper 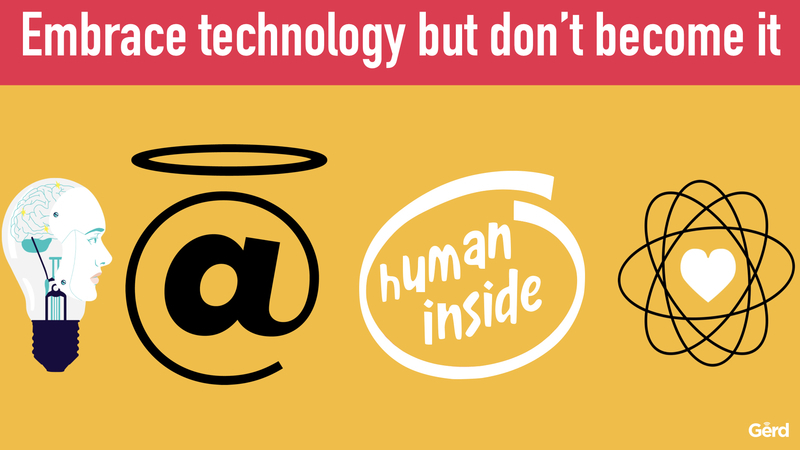 “Humans are — first and foremost — impulsive and social beings. We are highly erratic, thoroughly subjective, and we constantly underestimate how much experiences, perceptions, and emotions — rather than facts and figures — drive our behavior. The idea of the “economic man,” motivated merely by self-interest and rational decision-making, is a fairy tale, and this election has made us painfully aware of that.”

Let’s Not Surrender Romance to Trumpism and Silicon Valley
https://extranewsfeed.com/lets-not-surrender-romance-to-trumpism-and-silicon-valley-184cb3940874
via Instapaper